With little or no doubt, over the past years, Queen Elizabeth National Park has been the country’s most famous park on the global trend among the 10 parks and over 12 national reserves we have here. Not only had that but hosted the highest concentration of wildlife in the country. However by the time of writing, the parks fame is disappearing away following the invasion by the deadly weed botanically parthenium hysperophorious that has damaged the flora and fauna especially on the Mweya section.

The park is known as Uganda’s 2nd largest national park and the largest amongst all is the Murchison Falls National Park. Queen Elizabeth national park is seated on the foothills of the Rwenzori ranges and considered an extension of the huge DRC Virunga forests. The park is simplified in section which are spread all over including; the Mweya peninsular central, Ishasha section southern, Kyambura section Eastern, Katwe section northwest and Kazinga channel.

The land before was gazzetted as national park was occupied by the inhabitants the Basongora. In 1921, the people were attacked by the rinderpest epidemic and sleeping sickness which caused great death to the occupants and migrated from the land. The colonial government (British colonialists) decided to evict the remaining people. In 1952, the park was reserved as Kazinga National Park after combining the Lake Gorge and Lake Edward Game Reserves. Following the visit Queen Elizabeth in 1954 for the common wealth in Uganda, the park was renamed to Queen Elizabeth National Park after her in commemorating her visit.

The park insists in the direct arrays of the East African west Albertine Rift Valley. It’s located in western Uganda covering districts of Kasese, Rubirizi, Kamwenge and Rukungiri, approximately seated on an area of 1,979sqkm. The landscapes of queen Elizabeth is characterized by gentle slopes and relatively flatlands, experiencing an equatorial climate and weather. Queen Elizabeth land is occupied mainly by the open savannah a secret behind the beauty discussed, the savannah grasslands are witnessed in the Kasenyi palins, savannah open woodlands of Ishasha, also present at Mweya Peninsula and Katwe section.

Unfortunately, the Mweya side is affected with various weed grasses and plants that have affected and displaced the savannah grasses with bushes which has displace a great number of wildlife from the park. These pest weeds include the spire grasses, lantana camara and the figure like parthenium hysperophorious which have formed uninvited bushes with the park. This has proved a challenge to Uganda Wildlife which has so far failed to combat these problematic wide spread of these grasses within the park.

The park is located in the equatorial line of climate being in close to the equator line passing through the park, it receives two varying weather conditions (seasons) dry and wet. The dry (summer) is experienced in months of December to February and June to mid- September with relative amount of rain and higher humanity levels extending to 300C and wet season happens in the months of March to May and September to November. The annually the park can receive an amount of rainfalls ranging around 750mm and 1,250mm at Kazinga channel and Maramagambo forest respectively.

Before 1980s, the hosted the highest concentration of wildlife, with abundance of elephants which most were killed by Amin’s soldier for ivory and also the wars of Uganda rebels who had combined with Tanzania army caused great loss of wildlife from the park. Today still the parks is among the great habitats for highest concentration of wildlife hosting 95 mammal species elephants and buffalos being a so common, countless vary of antelope species such as Uganda Kobs, topis, waterbucks, hippopotamus, warthog, giant forest hog, Nile crocodile, leopard, Spotted hyena, and lion.

The whispers of wanders hosts over 600 bird species of, its Uganda most fascinating birding destination. The park has the longest list of bird species which can be eounted in East Africa where some are seasonal other endemic to the Albertine rift.

Queen Elizabeth National Park situated in western Uganda can be accessed by either road or air. It’s a 420km drive by road from Kampala capital, due to improving road network accessing the park is becoming easy all over again. Using the Kampala – Mbarara – Bushenyi – Rubirizi is a perfect lead to the the park via Mweya Peninsula the UWA main tourism center. However, the Kampala – Mubende – Fort Portal – Kasese suggest the shortest road route to the park by only 10km covering a distance of 410km.

This is the parks major highlight of all adventure activities done, seated in a safari vehicle/van is a greater chance of spotting out what the park has to offer. On the plain savannahs of Kasenyi and within the savannah woods of the Ishasha is the greatest call for a fabulous wildlife scenic view. Expect abundance of wildlife combination of mammals and birds together with aquatic and reptiles as well insects. The most thought of time of game drives is during the morning breeze witnessing the crazy perfect view of the sun setting.

It’s mainly starts from the Mweya peninsula, the Kazinga channel that interconnects Lake Gorge and Lake Edwards is a perfect suggestion on what one should do when visited the park. A trip to Queen Elizabeth National Park without taking the boat ride count it incomplete, the boat launch here keeps enjoying the space of Kazinga Channel a space of two lakes in the arrays of great wildlife encounters, watching animals feeding at the banks of the channel and as many water and land bird species and most the aquatic life.

QENP hosts the largest number of bird species over 60% of the bird species in the country. Uganda accommodates about 1060 bird species and QENP alone inhabits 600 bird species. Any section of the park is a perfect spot for bird watching but greatly the Katwe side suggest a remarkable experience, extending to the tropics of Kyambura and Maramagambo forests are perfect, the Banyumpako salt lakes is great for birding activities. Having your binoculars and camera awaiting, for the case of birding activities one needs to have enough time in the bushes, forests and savannahs for a great bird counting.

Only at Queen Elizabeth National Park to watch the king of the jungle lousily relaxed within tree branches. The Ishasha has always offered this special and great wild proposal for a remarkable and leaving in wonders of how the predator are coping up with this new invasion. The allegations of you climbing a tree when chased by the lion, it’s impossible in Queen’s Ishasha sector as you will always find the King himself awaiting at the top.

A drive through the savannah woods can guarantee you spotting out these special encounters, sometimes can watch these predators spotting out prey and have to slope down for a chase. As well there a number of mammals to encounter on a drive, the Ishasha sector in the south of QENP has not a fail or loose as it calls for your moment.

Queen Elizabeth National is the only park in Uganda where one a focus of tracking either the Lions or Mongoose, hippo census and bird counts. Lion tacking experience is a guarantee of finding lions and finding a reasonable number of them, or the mongoose tracking is also a paramount experiential do at the park. The lions are followed with experienced park ranger with trackers which ensures you and guarantee the encounters.

This research adventure is spearheaded by the Uganda Carnivores Program which has also offered an opening for tourists to have a moment in following, monitoring, study/ research about these species. It’s done on special arrangements which have

Chimpanzees at Queen Elizabeth National Park reside into the tropical depression of Kyambura gorge. The depression is one unique think rain forest amidst the severe savannah of the eastern extension of the park. Chimpanzees at Kyambura are currently habituated to ensure that trackers have a chance for an up close encounter. Chimpanzee tracking here is relatively cheaper and more adventurous compared to other proposed encounters at US$50. 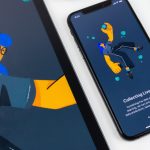 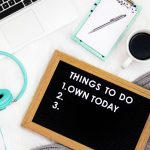 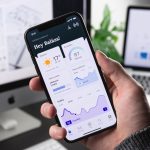 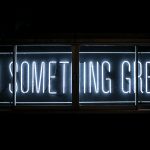 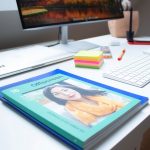 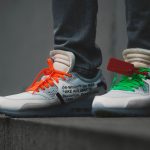